We also feature the heroics of British Secret Agent heroine Violette Szabo, along with other SOE(Special Operations Executive) heroes and heroines.

We also host paranormal investigations here at Littledean Jail.
Above is a paranormal clip by one of the paranormal organisations that hosts such events here.

Sergeant Andy McNab DCM MM (born 28 December 1959) is the pseudonym of an English novelist and former SAS operative and soldier.

McNab came into public prominence in 1993, when he published his account of the Special Air Service (SAS) patrol, Bravo Two Zero, for which he had been awarded the Distinguished Conduct Medal in 1991. He had previously received the Military Medal in 1980, awarded for an action whilst serving with the Royal Green Jackets in Northern Ireland during 1979

In addition to Bravo Two Zero he has written two other autobiographies and a number of fiction books.

Andy McNab, Chris Ryan and Bravo Two Zero feature here at The Crime Through Time Collection at Littledean Jail within our SAS Who Dares Wins Counter Revolutionary Warfare (CRW) exhibition, so if you are in the area please do drop by and pay a visit .

.Corporal ‘Chris “Geordie” Ryan’, (Pseudonym), MM former 23(R) SAS. The only member of the patrol to escape capture. Author of The One That Got Away (1995)

Trooper ‘Mike “Kiwi”Coburn’ (pseudonym) former NZSAS Captured by the enemy, later released. Author of Soldier Five (2004). Referred to as ‘Mark the Kiwi’ in the books.

BELOW IS A BRIEF GALLERY OF SOME OF THE PERSONAL CONTRIBUTION ITEMS FROM ANDY McNAB , CHRIS RYAN AND OTHER SAS MEMBERS NOW ON DISPLAY HERE AT THE SAS EXHIBITION WHICH ARE FEATURED IN AND AMONGST VARIOUS OTHER BRAVO TWO ZERO RELATED EXHIBIT ITEMS . 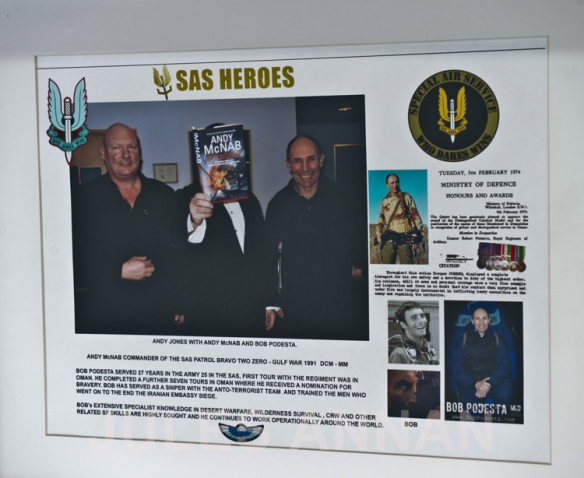 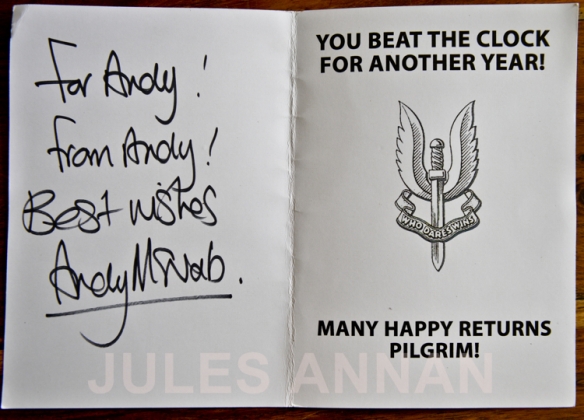 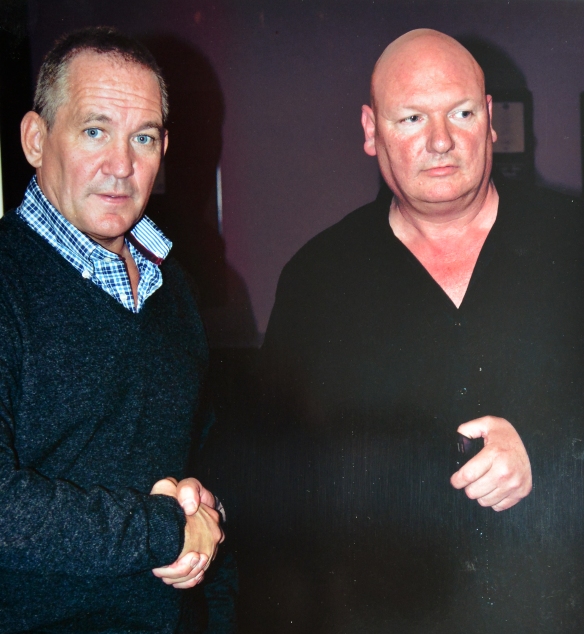 BELOW IS A HAND SIGNED PICTURE OF SAS HERO CHRIS RYAN 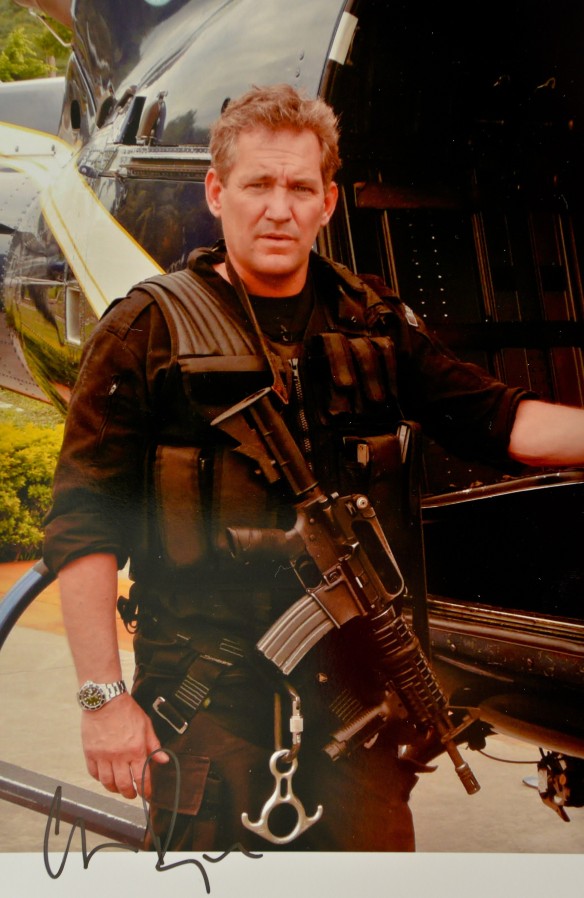